Here is the progression of a figure recently made at Studio Incamminati. The workshop was taught by Stephen Early and Darren Kingsley, two immensely gifted artists and educators. It is my understanding that they work in the tradition of Nelson Shanks, the founder of the studio.

The two teachers taught a form based approach to painting. The painting began with a quick gesture from where we developed a more accurate rendering while maintaining the figure’s vitality. Easier said than done! Our first pass was a posterized figure of few values in the shadows and form light. From there, we developed the illusion of volume more – starting in the shadow we established the darkest areas to then key the rest of the figure around. We worked our way out of the shadows into dark light, all the while approximating color as best we could and really focusing on value. We then jumped up to a few of the highlights and created the full value range within which we had to work. All the while, we kept a conception of where the light was, how certain planes related to the light source and to each other. This logic helps keep values in there rightful place. 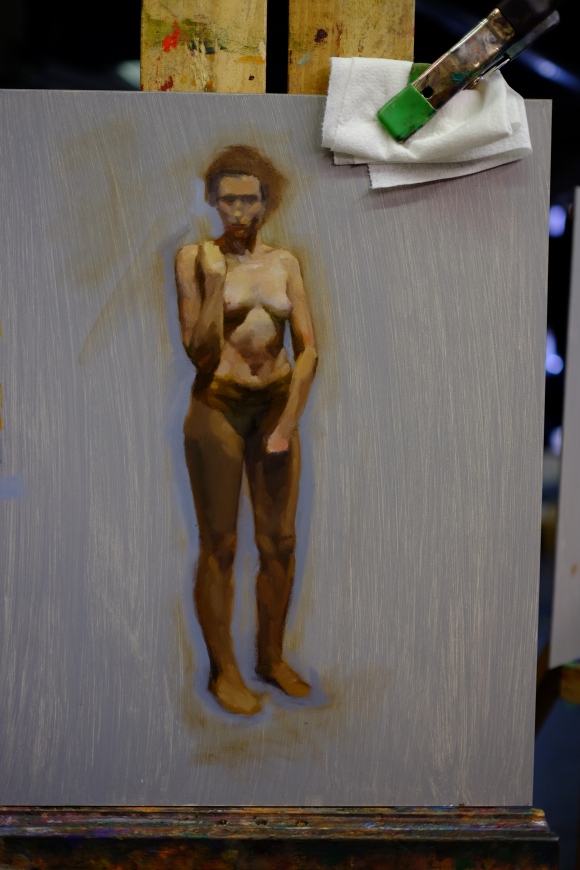